Our trainers promote 2-way interaction through the training and where possible, back up explanations with real-world examples.

Our courses are developed with software and hardware developers in mind, but equally impart useful knowledge and experience for consultants and mobile operators.

This course is available as a full 5-day course or the four sections can be taken independently. 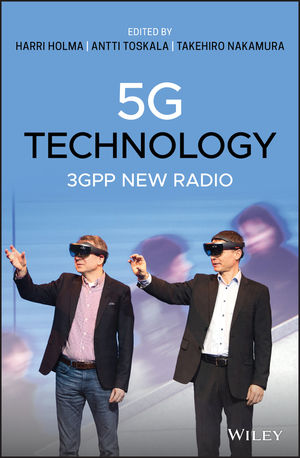 With the explosion in mobile data traffic, mobile networks are needing to introduce a range of extensions to 4G radio technology to continue to provide a good user experience.

This 1-day course explains the wide range of 4G features available within the LTE Advanced umbrella contained in 3GPP Releases 10-12.

We cover the topics of Dual Connectivity and Inter-site Carrier Aggregation, Enhanced Coordinated Multipoint and evolutions of MIMO.

We also explain the benefits of Small Cells, Relay Nodes and Heterogeneous Networks in making the most of the available radio spectrum.

This course presents a technical description and comparison of key 4G and 5G protocols, including procedural overviews for various device and network activities.

Protocol structures and mechanisms that support communications across various interfaces are presented, including the Air Interface, 5GNR, NG-RAN, E-UTRAN and Core Network systems. Signalling principles and example signalling procedures are presented and Bearer / Connection setup mechanisms discussed. Protocol and Network architectures required to support several use-cases that have been introduced into the 5G specifications are also presented.

This session presents an overview of state of the art solutions and strategies used by chipset vendors to deliver cost efficient LTE-A Pro and 5G terminals/User Equipment (UE) with a focus on the RF subsystem and RF Front-End architectures.

Supporting the increasing number of bands and band combinations, maintaining radio performance, hardware cost and power consumption in multi-mode multi-standard smartphones poses serious design challenges. This course is a hands-on session looking at printed circuit boards (PCB), block diagrams and RF architecture solutions used by OEMs and chipset vendors to accommodate an ever increasing of frequency bands at near constant PCB area and BOM. Laboratory and field measurements are presented to compare 3GPP conformance tests vs real life operation and to illustrate end to end system performance for HSPA, LTE, LTE-A and VoLTE.

The content of this course is captured in the following book chapters:

Overview of some RF Front-end challenges:

Jon is an experienced RF Design Engineer and Telecoms Trainer.

He worked previously for a mobile handset company, managing the development of Windows Mobile phones and introducing them to the Enterprise space and Mobile Network Operators. Prior to this, he was responsible for 3G Network performance optimisation for O2 Group where he held several roles in the UK, Ireland and the Isle of Man.

He received M.Eng. and D.Phil. qualifications from University College, Oxford in 1994 and 1998.

Throughout 2007 and 2008 Laurent actively participated in the definition of the DigRF SM v4 standard within the MIPI alliance. Prior to that he worked at BT Laboratories (Martlesham Heath, UK) where he was involved in 3G testing activities and in research on high speed digital optical systems, including millimetre wave radio systems over fibre.

Since 2001 Neil has developed and delivered training for the majority of the major 3G handset and chipset manufacturers through EMEA, Asia-Pac and North America. Currently his training and consulting efforts are focussed on 3 key topic areas:

Previously, Neil has worked as a Technical Instructor for Wray Castle Ltd., developing and delivering UMTS technical training material, and prior to this he spent 13 years with GCHQ on various Research and Development projects in both engineering roles and as a technical team leader.