'Battle-Scarred': The Human Costs of the British Civil Wars

'Battle-Scarred': The Human Costs of the British Civil Wars

Join us at Oxford’s historic Merton College, once home of the royal court of Queen Henrietta Maria, for an immersive week-long residential summer school on the British Civil Wars. In recent years there has been a shift of interest from the causes to the consequences and legacies of this devastating series of conflicts.

Our friendly, expert tutors will guide you in exploring the human costs of these wars, which continued to affect communities long after the fighting was over. Combining lectures, lively Q&A sessions, practical workshops, a battlefield tour, and a guided visit to the National Civil War Centre, the programme will introduce you to the research work of members of the Civil War Petitions Project.

The course is aimed at a generalist audience and no prior knowledge is assumed. 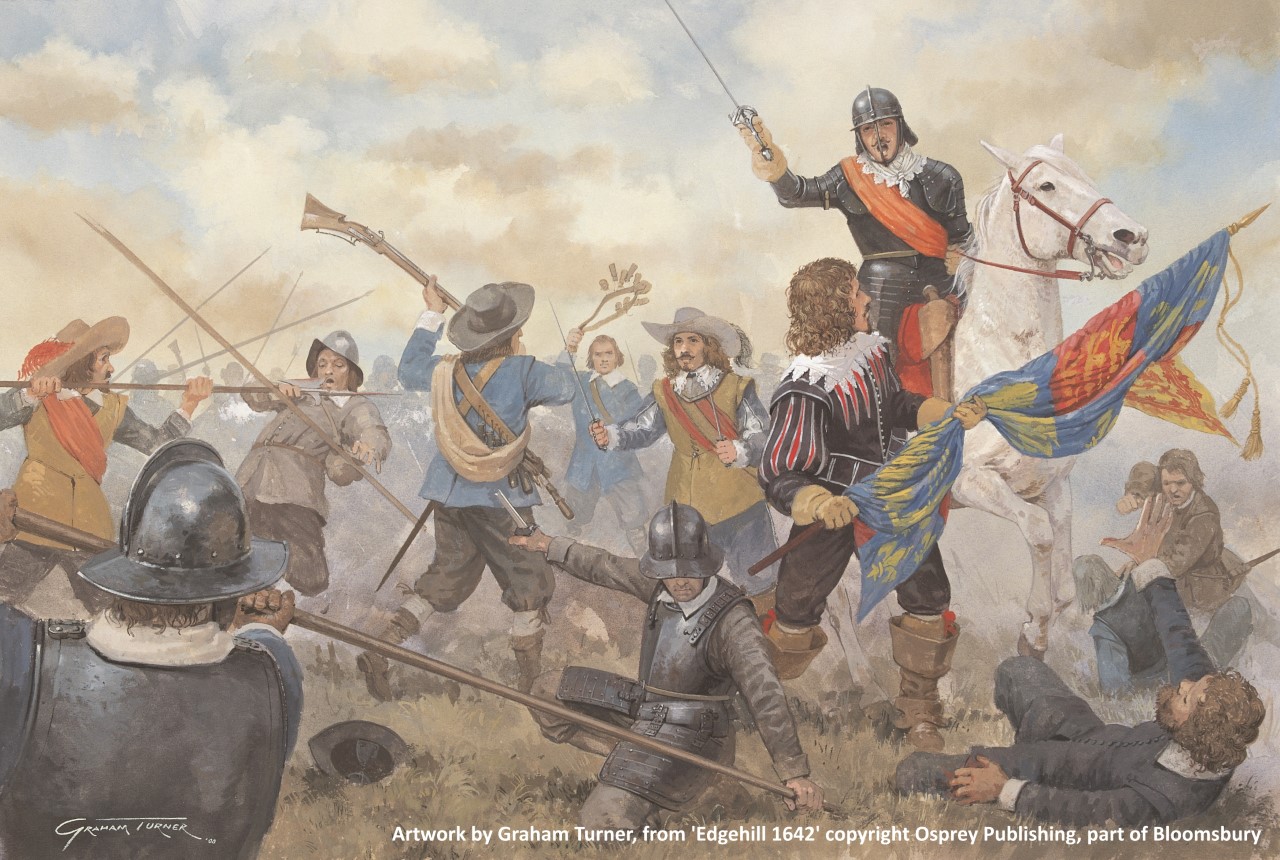 The British and Irish Civil Wars (1638–1652) are now taking centre stage as a critical event in the welfare history of Europe. During these wars, Parliament’s concern for the ‘commonweal’ led to a national pension scheme in England and Wales for those who had suffered ‘in the State’s service’. For the very first time, during the 1640s Parliament publicly assumed responsibility for such matters, signifying acceptance of the State’s duty of care to both its servicemen and their widows, orphans and dependents.

Many historians consider that the Civil Wars were the most unsettling experience the British and Irish peoples have ever undergone. Between 180,000 and 190,000 people, including civilians, died from combat and war-related diseases in England and Wales alone between 1642 and 1651. This represents a population loss of 3%. The percentage population loss in Scotland and Ireland was most probably far higher. A larger percentage of the British Isles’ population died as a direct result of the Civil Wars than in both World Wars, combined. Veterans and civilians were afflicted with mental health problems as a result of the conflict. The impact of this is easier to imagine when we consider how British society was traumatized by the psychological legacy of the World Wars.

Members of our lively project team will lead small tutorial groups to guide you through the many different kinds of petitions for welfare payments made by veterans and their families. Since 2017, the Civil Wars Petitions Project team has been digitizing and transcribing thousands of petitions written on behalf of war widows, orphans and maimed soldiers, who had survived their wounds but were now incapacitated and in need of financial support.

Using striking individual examples from our project website, our summer school will explore the powerful human-interest stories at the heart of their work. We will investigate themes of wounds, surgery, atrocities, medical care, how claimants sought relief and how participants looked back on the conflict. These petitions provide a powerful reminder that the human costs of war do not end with treaties and peace settlements, but linger on for generations. They also have a powerful resonance today, as the origins of our modern Military Covenant for the British Armed Forces.

Your week will comprise:

After the first session in college each morning, tea/coffee will be served during a 30-minute break. 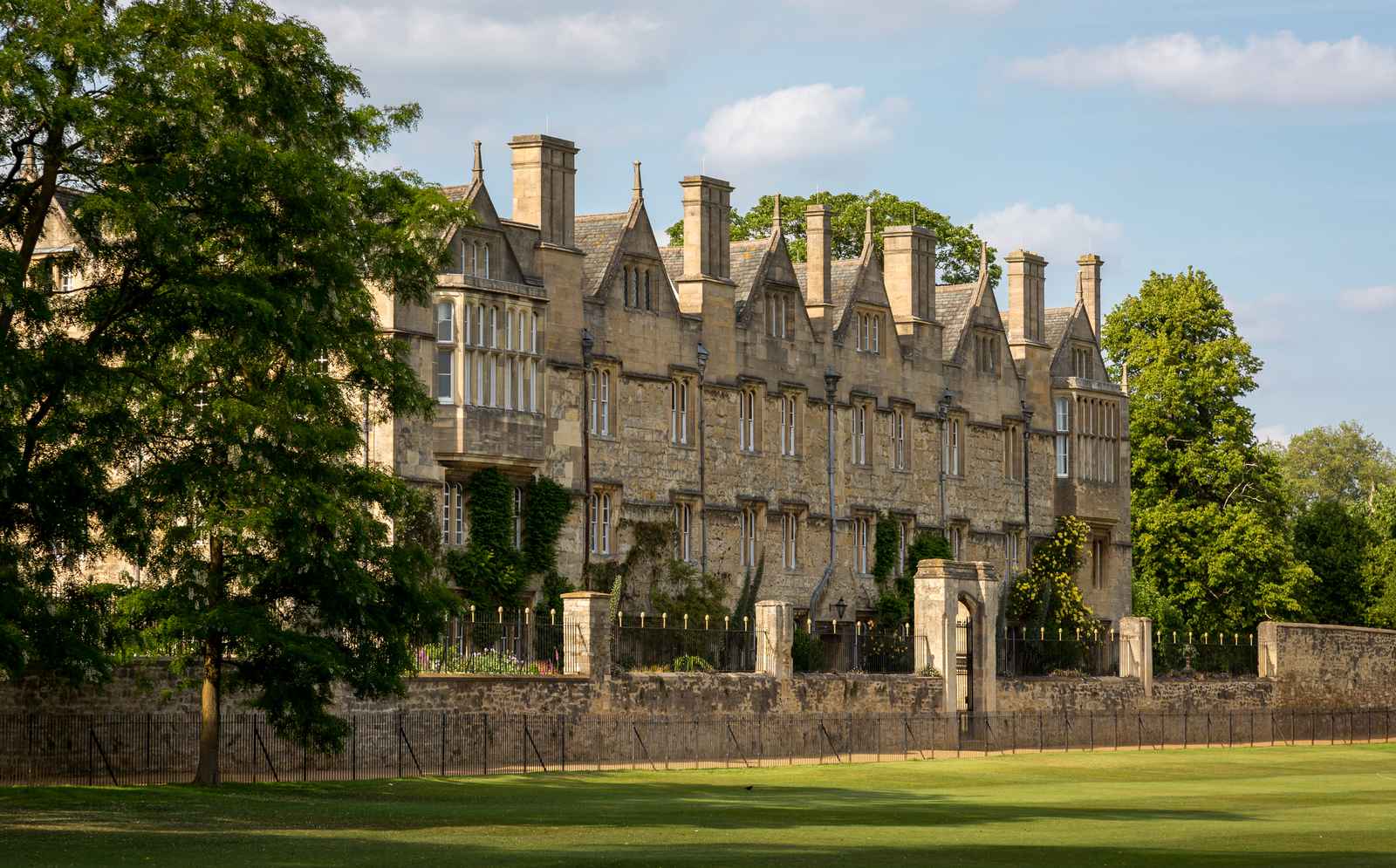 Arrival at Merton College, with registration in the afternoon followed by an opening reception and dinner in the magnificent Dining Hall.

In the morning we will have the following lectures:

In the afternoon we will have the first small-group workshop on Civil War Petitions, followed by a screening of the film ‘Death Makes Me Poor’ and then a drum Demonstration.

In the morning we will have the following lectures:

In the afternoon we will have a tour of the Naseby battlefield.

In the morning we will have the following lecture:

In the afternoon, we will have the following lectures:

In the morning we will have the following lecture:

In the afternoon we will have the following two lectures:

> Read synposes of all lectures

Founded in 1264 by Walter de Merton, Bishop of Rochester and Chancellor of England, Merton College is one of the University of Oxford’s oldest and most beautiful colleges. Its medieval and later buildings form a compact whole with a fine garden bordered by the old city wall. Merton overloooks a wide stretch of meadow that leads down to the river Thames, and yet is it also located just 200 meters away from Oxford's beautiful and bustling High Street.

Merton hosts the oldest continuously-functioning library for university academics and students in the world. The College Gatehouse dates from the early fifteenth century, when Henry V granted a royal 'licence to crenellate', leading to the construction of the battlement tower above the present-day Lodge.

During your summer school you will have privileged access to many areas of the college closed to the general public. After your classes you can unwind in one of Merton’s magnificent gardens or explore the historic city of Oxford.

> Learn more about the history of Merton College

During your course, you will stay in typical Oxford student accommodation at Merton College in buildings which range from the 18th to the 20th century. The rooms are ensuite which include private bathroom facilities (shower, washbasin and toilet).

Participants should note that bedrooms are modestly-furnished, do not have air-conditioning and are arranged on a staircase of four or five floors.

We regret that we are unable to offer you accommodation at Merton College prior to or following your course. Additionally, family or friends who are not enrolled in the programme cannot be accommodated in college.

*please note that there are only a limited number of non-residential places available.

Once you have submitted your application form, you will be offered a place on the course and sent an invoice for the course fee. You have multiple options for payment, including full payment online by credit/debit card or via bank transfer within 30 days of the invoice date.

Participants who wish to cancel must inform the Programme Administrator  by emailing summercourses@conted.ox.ac.uk

Please be aware that all payments (and refunds) are subject to exchange rates at the time of processing.

Andrew Hopper is a historian of religion, politics and society in early modern England with research expertise on the British and Irish Civil Wars. Andrew joined the Department as Professor in Local and Social History in September 2021.

Diane Strange is currently researching for her doctoral thesis the Court of Wards, analysing the work conducted by this court and what effects Charles’s experiences of the court had on his fiscal policies and prerogative government as king.

David’s research expertise lies in the post-conflict culture which emerged after the British Civil Wars. He is particularly well known for his work on the military, cultural and religious issues faced by Charles II’s regime after the Restoration of the monarchy in 1660

Stewart undertook his PhD funded by the AHRC Midlands3Cities Doctoral Training Partnership at the University of Leicester 2014-18. His thesis examined the experiences of war widows during and after the British Civil Wars, with particular reference to the Midlands

Lloyd is Reader in Early Modern History at Cardiff University. His research has focused particularly on early modern Wales, gentry culture in the sixteenth and seventeenth centuries, and the nature of Civil War royalism.

Mark served for several years as a Cavalry officer in the 9th/12th Royal Lancers (POW’s), including postings to Northern Ireland, where he was mentioned in a Despatch, and Germany. More recently he served as a trustee of the amalgamated Lancer regiments now The Royal Lancers (Queen Elizabeths’ own). He is also one of the UK’s leading negotiators and mediators.

Dr Peck is a historian of early Britain, with particular research interests in memory, the experience of civil war and post-conflict societies, and the commemoration and contestation of ‘difficult pasts’ more broadly. She completed her PhD at the University of Bristol in 2018, and has since held teaching positions at the Universities of Warwick and Bristol

Dr Pells was awarded her PhD at the University of Cambridge, where she examined the career of Philip Skippon, commander of the infantry in the New Model Army. She has worked as a postdoctoral research associate at the University of Exeter on a Wellcome Trust-funded project examining early modern medical practitioners, during which she researched the careers of practitioners in Civil War armies, and she is currently Project Manager of the Civil War Petitions Project.

Professor Rutherford is the Head of the Education Division for the School of Biosciences at Cardiff University and was part of the development of the "Battle Scarred" exhibition on wounds, surgery and war relief for the National Civil War Centre in Newark.

Professor Stoyle is currently Professor of Early Modern History at the University of Southampton. He has written many books and articles on popular religion and politics in Tudor and Stuart Britain and his particular research interests include the English Civil War; the history of witchcraft; the history of the early modern town and the history of the South-West.

Dr Hannah Worthen is a Post-Doctoral Research Associate on the Gender, Place and Memory research cluster at the University of Hull. Her PhD researched ‘The experience of war widows in the mid-seventeenth century’ which was undertaken in collaboration with The National Archives.

All sections should be completed fully, clearly and in BLOCK CAPITALS.

Applications should be emailed to the Programme Administrator at the following address:

If you are having issues using Microsoft Word, you can find a .PDF version of the application form here that you can complete and scan.

However, if you would like to print out your application form and post it please address it to the following:

Subject to the availability of places, the closing date for applications is 10 June 2022.

View all history, including local and social courses