International Conference in Philosophy and Psychiatry

Previous Speakers and Topics for the Conference (future speakers and topics TBC):

An interactive, two-day summer school delivered by experts in the field with guest lectures and seminars. Sessions will consist of presentations by seminar leaders, and collaborative talks providing opportunities for substantial dialogue between philosophers, clinicians, scientists and others.

The events will be led by members of the Oxford Faculty of Philosophy:

Dates to be confirmed- not yet accepting applications.

Student discounts of 25% now available. E-mail conferences@conted.ox.ac.uk for discount code to use when booking.

Places on the summer school and the conference are strictly limited. To register, click the 'Book Now' button and select from the following options:

Edward Harcourt has been a member of the Oxford Philosophy Faculty and a Fellow of Keble College since 2005. His research is in ethics, in particular in moral psychology, and he has published on topics including neo-Aristotelianism and child development, the ethical dimensions of psychoanalysis and psychotherapy, the moral emotions, love and the virtues, Nietzsche's ethics, the philosophy of mental health and mental illness, literature and philosophy, and Wittgenstein.

From 2010-15 he convened the Meaning and Mindedness: Encounters between Philosophy and Psychoanalysis seminars at the Tavistock Clinic, London. He was Principal Investigator of the Wellcome/ISSF project ‘Therapeutic Conflicts: Co-Producing Meaning in Mental Health’ (2014-16) and of the AHRC network ‘The Development of Character: Attachment Theory and the Moral Psychology of Vice and Virtue’ (2016-17). He served until recently as Chair of the Oxford Philosophy Faculty Board and is currently on secondment as Director of Research, Strategy and Innovation at the Arts and Humanities Research Council. 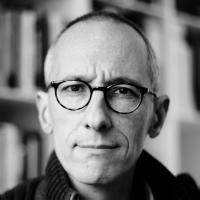 Dan Zahavi is Professor of Philosophy at University of Copenhagen and University of Oxford, and director of the Center for Subjectivity Research in Copenhagen. Zahavi’s primary research area is phenomenology and philosophy of mind, and their intersection with empirical disciplines such as psychiatry and developmental psychology. In addition to a number of scholarly works on the phenomenology of Husserl, Zahavi has mainly written on the nature of selfhood, self-consciousness, intersubjectivity, and social cognition. His most important publications include Self-awareness and Alterity (1999), Husserl’s Phenomenology (2003), Subjectivity and Selfhood (2005), The Phenomenological Mind (together with Shaun Gallagher) (2008/2012), Self and Other (2014), Husserl’s Legacy (2017), and Phenomenology: The Basics (2019). Zahavi also serves as the co-editor in chief of the journal Phenomenology and the cognitive sciences.

Dates to be confirmed - not yet accepting applications.

Click the 'Book Now' button to register. If a PDF registration form and invoice are needed in place of the online registration and payment, please email conferences@conted.ox.ac.uk.

Receive email updates about our courses in Philosophy and Psychiatry