Taking the University outside Oxford

The idea of provincial colleges which were attached to the University never came to pass, but the discussion of this idea laid the groundwork for a far more workable system.

The first of the 'Oxford Extension Lectures' was not delivered in a provincial college, as Benjamin Jowett had envisioned, but in a room at the King Edward VI School in Birmingham, in September, 1878. The topic: 'The History of England in the Seventeenth Century'.

The lecturer was the Reverend Arthur Johnson, Lecturer in Modern History, and the lecture was delivered under the auspices of the Birmingham Higher Education Association, which had been established a few years earlier for the express purpose of promoting adult education in the city.

Johnson was an excellent choice for the job at hand. He was a forthright, plain-spoken, athletic man who was 'fond of telling his pupils that nature had destined him for a groom or gamekeeper, for anything but a scholar'. (1)

The format of this first lecture proved an excellent model for the future, and one which replicated easily in cities across the country. Lectures were set up in collaboration with local organisations, which meant they were easy to promote locally and expenses could be kept low. The fast-growing rail network offered an accessible means of transport for both lecturers and students. It was not long before 'Extension Centres' were springing up all over England.

By 1892 the University's 'Standing Committee in charge of Extension Lectures', was formalised into the rather elaborately-named 'Delegacy for the Extension of Teaching Beyond the Limits of the University' - the Department's first official name - and housed in the offices of the Examination Schools.

But what about women?

Much of the early discussion of university education reform speaks of 'men of promise', and the 'sons of parents of narrow incomes'; however, women were included in Oxford's Extension efforts from the very beginning.

T.H. Green, an Oxford don who organised the first Extension lecture and who introduced Johnson on the day, acknowledged that women - who were at that time largely excluded from attending Universities - were one of the primary audiences of the Extension movement. 'It seemed only fair that...the Universities should try to bring their help to women at their own homes.' (2)

M.E. Sadler, a figure pivotal to the extension movement, estimated that by 1889 two thirds of the students attending Oxford Extension lectures were women. (3) Many of the local bodies which arranged lectures were women's organisations.

And J.A.R. Marriott, who oversaw Oxford Extension from 1895 until 1920, reflected on the important role that extension education played in providing a 'whole generation of women' with a 'liberal training in citizenship' before they won their suffrage in 1918. (4)

Looking back from the present era, historian Lawrence Goldman said, 'Extension lectures offered many middle class women almost their only contact with education beyond the secondary level, and in consequence women came to use the new movement in greater numbers than any other social group, and frequently displayed the greatest personal application.' (5) 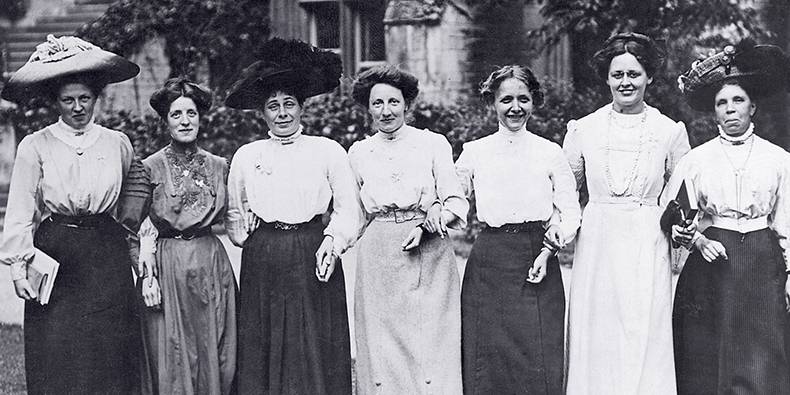 Next: read how the annual 'Summer Meeting' was created to bring extension students from across the nation to Oxford.

More than 1000 part-time courses per year across a broad spectrum of subjects.