This course will be offered again at Oxford in June 2022 - sign up for course news to receive updates.

Due to the huge proliferation of wireless products, the use of RF system and sub-system elements is increasing. However, market demands in many business sectors are forcing dramatic cuts in the product-to-market schedule and on unit costs.

One of the major causes for RF projects running over budget or timescale projections is due to the prototype re-work phase, which arises from the complex nature of RF design. 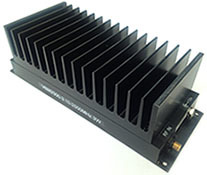 This intensive, five-day practical course provides acceleration through the RF design learning curve by presenting a comprehensive introduction to RF and microwave design theory, techniques and measurements. It gives an overview of the fundamental concepts involved with RF/Microwave design and presents design methodologies for both passive and active RF and microwave circuits and antenna design. Common RF/Microwave measurements are detailed and demonstrated.

Many of the lectures rely on the use of live demonstrations involving test equipment and computer-based simulation tools to illustrate concepts. In addition, the delegates will have several opportunities to use the AWR Microwave Office design suite during the "hands-on" sessions of this course. The course will also demonstrate the use of state-of-the-art measurement instruments on day 4 (Thursday).

The presenters on the course are specialists drawn from both academia and industry, with a combined design experience of over fifty man-years.

What people say about this course

Very good value course, covers a wide range of material, I will be able to use the acquired knowledge directly in my day-to-day activities
- Darek Maksimiuk, Radar R & D, Honeywell

Download a trial version of the CAD software provided by AWR Corporation.

A reduced course fee is available to those who have previously attended the Successful RF PCB Design course.

Andy Dearn has been employed by Plextek RFI Ltd since 1997 and is currently a Principal Consultant Engineer. Plextek RFI provides an Electronics Design and Consultancy service and has extensive experience in RFIC/MMIC and discrete Microwave/mm-wave design for commercial applications.

Prior to this he spent five years at Ferranti International Microwave Division (Poynton) where he was responsible for the design of miniature Voltage Controlled Oscillator products. He graduated from Loughborough University of Technology in 1985 with a BSc in Engineering Physics.

He is a Senior Lecturer in the Department of Electronic, Electrical and Computer Engineering at Birmingham, and teaches undergraduate modules in IT and Communication Skills, Communications Systems, Algorithms and Data Structures, and postgraduate modules on RF and Microwave Circuit Design.

After graduating in Physics with first class honours from the University of Oxford in 1980, he gained eight years of industrial experience in research and development of active microwave components for Ferranti International, Poynton, Cheshire. He then returned to academic research, joining the Dept. of Electrical Engineering and Electronics at UMIST as a Research Associate, in the course of which he obtained an M.Sc in 1990 and PhD in 1992. He has over 50 publications on various aspects of microwave component design. He has carried out consultancy work for a number of radar and communications companies.

Yi received BSc in Physics (Wuhan, China), MSc (Eng) in Microwave Engineering (Nanjing, China), and DPhil in Communications and Electromagnetics from the University of Oxford, UK in 1994.

His research interest has been in the areas of radio communications, applied electromagnetics, radar, antennas and radio propagation.

His experience includes 3 years spent with NRIET (Nanjing, China) as a Radar Engineer and various periods with the Universities of Birmingham, Oxford, and Essex at the UK as a member of research staff. He worked as a Research Fellow at British Telecom Labs in 1994, and then joined the Department of Electrical Engineering & Electronics, the University of Liverpool, UK as a Faculty in 1995, where he is now the Head of High Frequency Engineering Research Group and MSc Programme Director.

Prof Huang has published over 300 refereed papers in leading international journals and conference proceedings, and is the principal author of the popular book Antennas: from Theory to Practice (John Wiley, 2008).

He has received many research grants from research councils, government agencies, charity, EU and industry, acted as a consultant to various companies, and served on a number of national and international technical committees (e.g. EPSRC) and been an Editor-in-Chief, Associate Editor or Guest Editor of four of international journals.

Marty is currently working as an Applications Engineer with Keysight Technologies and he has been with HP, Agilent and now Keysight for 34 years.