Design for War and Peace 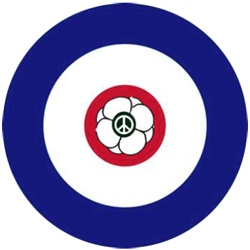 2014 has been a year of commemoration for the wars and unrest of the twentieth century: the centenary of the outbreak of the First World War; the anniversaries of 1944, final full year of the Second World War and the opening battles of the Vietnam War in 1954; the end of apartheid in South Africa in 1994.

The 2014 annual Design History Society conference (hosted at Rewley House, 4-6 September 2014) reflected upon the relationship of design and craft both to conflict and to hopes for peace and justice. The Department's Academic Convenor was Dr Claire I R O'Mahony Course Director for the MSt in the History of Design.

Objects and sites designed for war and peace offer a vibrant nexus of case studies and debates through which to examine the place of conflict in our collective memory.

Design for War and Peace attracted 120 scholars from 19 countries around the globe to meet at Rewley House to share and to discuss their new research. Professors and doctoral candidates; practitioners, museum and heritage professionals and independent scholars presented 65 academic papers, framed by 3 invited keynote lectures generously funded by the Design History Society and the University of Oxford's John Fell Fund.

Four strands of parallel sessions focused principally on conflicts from the First World War to the present day and reflected the interdisciplinarity of design history's explorations of a wide range of objects, places and intellectual traditions across a diverse geography of theatres of conflict.

The cross-fertilization of war and peace studies, which have often been segregated, was a highlight and distinctive methodological premise of the conference.

Panels were composed of three speakers with each speaker presenting a 20-minute paper in succession. The Conference timetable (pdf) provides details of the intellectual frameworks as well as a full list of titles for the presentations given at the conference.

For full information about this conference, please visit war and peace conference proceedings

Audio and Video recordings of the sessions

The three keynote lectures were filmed and may be viewed through the links below. Most of the academics who presented their new research generously gave permission to podcast their 20-minute papers which are available as a new series in the Continuing Education section of Oxford University's iTunes U and also on University's podcasts website.

These recordings are a digital conference proceeding, made possible through generosity of the University of Oxford's John Fell Fund, and the administrative work of History of Design Master's student Vega Bantock, with technical support by the Department for Continuing Education IT team.