On the trail of freshwater invaders 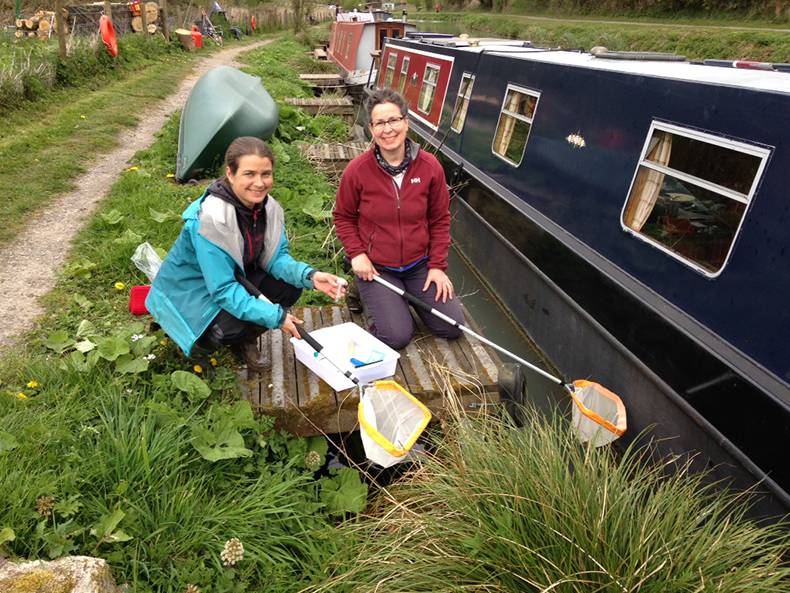 Dr Jocelyne Hughes, Director of our Postgraduate Certificate in Ecological Survey Techniques, is investigating an aggressive freshwater predator which has invaded English waterways with the potential to alter the aquatic ecology and to call existing management practices into question.

The culprit is called ‘demon shrimp’ - Dikerogammarus haemobaphes. It comes from the Ponto-Caspian Sea region in southern Europe and is most likely transported to the UK in ballast water and via cargo ships. It was first recorded in the UK in 2012, and ever since has been competing with the smaller native species (Gammarus pulex) for space and food.

Jocelyne’s recent article, published in the journal Crustaceana highlights demon shrimp research done on the Thames River in 2015, with Tim Johns at the Environment Agency and Clarke Knight in the Geography Department at Oxford.

Amelia Charles (pictured above, left), a student on the Department’s Postgraduate Certificate in Ecological Survey Techniques, is continuing the research and examining the extent to which river and canal boats might be vectors of transport for demon shrimps. Jocelyne and Amelia begin field work along the Kennet and Cherwell Rivers in April 2017.

The River Thames is currently one of the world’s most highly invaded freshwater ecosystems. Favourable climate, habitat overlap, and efficiencies in global trade have facilitated colonization. Invaders arrive in any number of ways: in ships’ ballast water, on ornamental plants and animals, and on aquatic equipment such as boats and fishing gear.

The Thames demon shrimp invasion is part of a worldwide issue: freshwater ecosystems globally are experiencing ecological change due in part to increases in non-native species.

While it’s too early to know exactly what the impact will be, it’s likely that the demon shrimp will: a) proliferate in the absence of native predators; b) replace native shrimp species; c) spread across UK river catchments and water bodies; d) have economic impacts where they have proliferated in water infrastructure such as sewage systems, and water treatment works.

Jocelyne said, ‘Our research with Clarke Knight and Tim Johns has shown that demon shrimp have spread throughout the Thames catchment but are mostly in the main Thames water channel and not in the headwater streams – but this may just be a matter of time. We didn’t find them co-existing with native shrimp species, Gammarus pulex, which favour gravel stream beds. We found demon shrimps preferred vegetated habitats with fine silt.’

The original 2015 research (in Crustaceana) is being followed up in 2017 to investigate the role of recreational boats in transporting non-native shrimps along the Thames.

The 2017 research, being done in collaboration with Tim Johns from the Environment Agency, will shed light on biosecurity and what we should be doing to best limit the spread of non-native freshwater species in the UK- this applies to anglers and boaters and all water sport users.