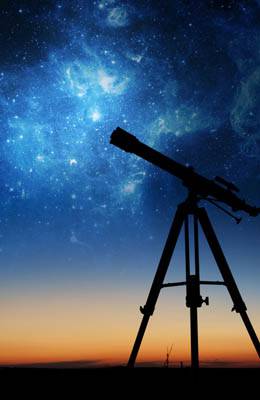 Following a successful first year, the Oxford University Press (OUP) Philosophy Festival returns in November 2016 for a six-day celebration of the power and freedom of ideas.

This year's event takes place between Monday 7 November to Saturday 12 November, and aims to introduce you to Philosophy under the mantle of “speed dating”. Chaired by Marianne Talbot, the Department's Director of Studies in Philosophy, the programme combines lunchtime and evening events which aim to answer the question: What's Philosophy got to do with… Anything?

On Friday 11 November (Armistice Day) there will be an evening panel discussion on 'Philosophy and the Future of Warfare' at Rewley House.

On Saturday 12 November with a full day of debates and discussions with some of the most prominent and well-known philosophers of our time, including David Edmonds, Marianne Talbot, Janet Radcliffe Richards, Stephen Law and many others.

Full information and booking of free tickets for the OUP Philosophy Festival is available on the Blackwell's website (and the schedule appears below as well).

What's Philosophy got to do with… Anything?

Oxford University Press and the Department of Continuing Education present a series of lunchtime interviews on the importance of the relationship between philosophy and other subjects. Bring your lunch and your thinking caps! Featuring Marianne Talbot alongside:

Should men be allowed to discuss abortion? Are pets property? Is it ethical to use data from Nazi medical experiments? Would you hand over a decision to machines? Can you be gay by choice? Do we own our bodies? The Practical Ethics Blog from the Uehiro Centre for Practical Ethics at the University of Oxford has shown that philosophers have much to contribute to questions such as these. This fast-paced presentation of opinion will make you think again about the judgments we make on a daily basis and the ways in which we choose to conduct our lives.

Philosopher and Saxophonist Andrew Bowie presents an evening of music and enlightenment. In partnership with fourbythree magazine.

Confused by Conciseness? Perplexed by Poststructuralism? Come and pick the brains of our authors who can help you get to grips with topics as diverse as Humanism and Heidegger. In small groups you’ll get the chance to meet with leading experts, hear their thoughts and ask them the questions you’ve always wanted answers to. So, where’s the gap in your knowledge?

Can there be such a thing as a ‘moral’ war? Can it ever be right to kill innocent people, even in self-defence? How do autonomous weapons, remote control weapons and drones change the landscape of warfare, and our thinking about it? Come and hear our panel of experts discuss and debate. This event takes place at Rewley House, not at Blackwells.

47,571 ‘racist incidents’ were recorded by British police in 2014; 70% of people in national minimum wage jobs are women; and unlike the rest of the population the poorest tenth have not seen their average incomes rise in a decade. Inequality is a reality, but what, is anything, can philosophy do to help make it a thing of the past?

What’s philosophy got to do with a Rembrandt, a Man Booker Prize Winner or a Stanley Kubrick film? Does good philosophy help or hinder creative brilliance? An artist and a literary critic join our philosophers for this discussion.

Can humans be ‘good’? If so, what’s the secret to ‘good’ living? This is THE question at the basis of all ethics, yet it is one that both philosophers and ethicists often avoid facing straight on. Stephen Law John Harris and James Garvey debate the ways in which philosophy can show us ‘how to be good’ (or perhaps, more accurately, how to try to be good) – as well as showing the ways in which it is pointless or self-defeating to try.

“How does the universe behave? What is the nature of reality? Where did all this come from? Did the universe need a creator? Most of us do not spend most of our time worrying about these questions, but almost all of us worry about them some of the time. Traditionally these are questions for philosophy, but philosophy is dead.” – Stephen Hawking, The Grand Design. Sparks and smarts fly as our philosophers are confronted with the claim that science has rendered philosophy obsolete.