Director of Studies for Religion and Theology Rev’d Canon Dr Robin Gibbons has been installed as one of the Christ Church Honorary Lay Ecumenical and Emeriti Canons.

Honorary Canons are people who have given distinguished service either in the Diocese or wider church and serve as ambassadors for the Cathedral in their parish, life or ministry. 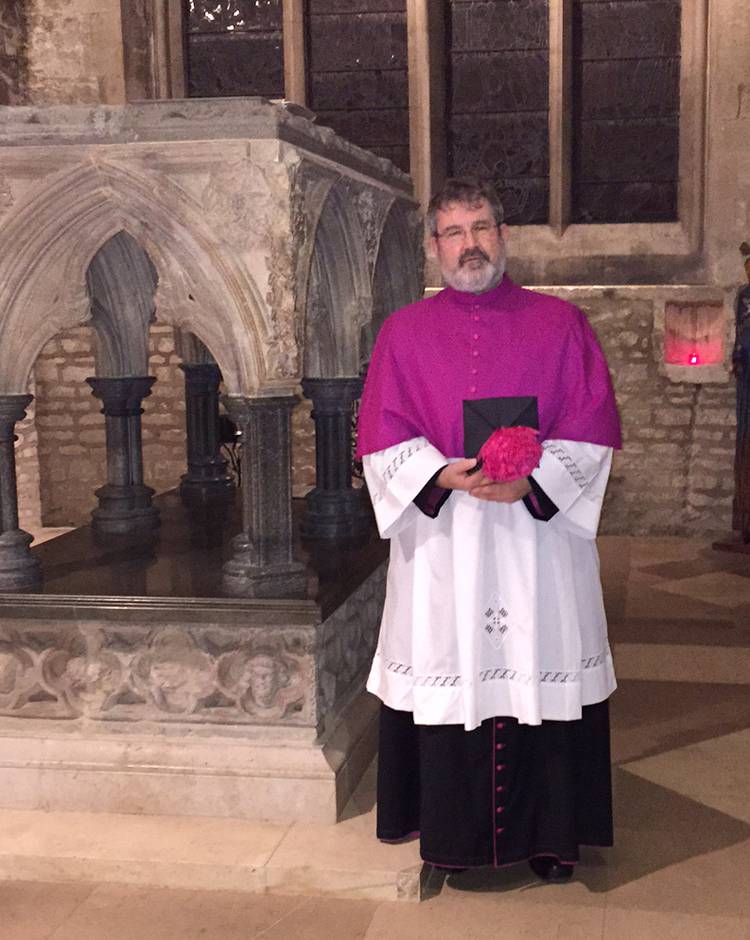 Robin's appointment was made in recognition of his many years of close work with the Anglican Church, his role as a Chaplain for Catholics  of the Eastern Rite  (Middle Eastern Catholics who belong to the Greek-Catholic Church one of the many eastern churches in communion with Rome ) and for his work in theological education.

Robin's appointment is historically signficant, in that he is the first Catholic priest to be installed as a Canon since the suppression of St Frideswide’s Priory by Wolsey in 1525 to found Cardinal College (later Christ Church) and the foundation of the Cathedral in 1545/6.

The term Ecumenical Canon acknowledges the desire of the Anglican Church to work with other churches and encourage closer relationships through the appointment of individuals as Canons who share the mission and vision of the Cathedral.

Robin already helps with the termly After Eight Service in Christ Church and is involved in collaborative work on St Frideswide with the Educational Officer in the Cathedral and now acts as one of the occasional Day Chaplains.

Professor Henry Mayr-Harting was the first Roman Catholic and also first lay Canon to be appointed  in 1997 when he became Regius Professor of  Ecclesiastical History.

Robin hopes that his new ministry will help build more ties between the Department for Continuing Education, the Cathedral and the wider church.