Dr Vlad Mykhnenko is an economic geographer, working on a range of issues relating to urban and regional economic development, and geographical political economy. Vlad was educated at the Institute of International Relations, Taras Shevchenko National University of Kyiv, for his BA (1996) and MA in International Relations (1998), and at the Central European University (CEU) in Budapest, for his MA (1999) in International Relations and European Studies. He was then awarded an Open Society Foundation – Cambridge Overseas Trust Scholarship to read for a PhD in Political Economy at Darwin College, the University of Cambridge, completed in 2005. In 2003-2004, Vlad worked as an international policy fellow at the CEU Centre for Policy Studies in Budapest.

In February 2005, Dr Mykhnenko took up the post of Research Fellow at the Department of Urban Studies, University of Glasgow, where he remained until October 2008, before moving to the School of Geography at the University of Nottingham. In January 2012, Vlad was appointed Lecturer in Human Geography (Urban Adaptation and Resilience) in the School of Geography, Earth and Environmental Sciences at the University of Birmingham, where he obtained a Postgraduate Certificate in Academic Practice (PGCAP, 2015). In 2014, Dr Mykhnenko briefly served as a visiting professor at Al-Farabi Qazaq National University in Almaty (Qazaqstan).

Vlad is originally from Donetsk.

Much of Vlad's research focusses on the interrelationship between spatial imbalances in production and income, urban growth and decline, state fiscal power inequalities, territorial cohesion, and societal conflict. Empirically, he works with urban and regional data gathered in developing middle-income countries and territories (ODA countries) as well as in high-income, industrially advanced economies (OECD). Dr Mykhnenko's current areas of research include the following:

A policy research project conducted at the Open Society Institute International Policy Fellowships Programme in affiliation with the CEU Centre for Policy Studies in Budapest. It focussed on the state capacity in leading economic sectors in the post-communist Europe, particularly the Ukrainian iron & steel industry.

In collaboration with Prof Ivan Turok at the Department of Urban Studies, University of Glasgow, Vlad worked on understanding spatial economic change and changing urban imbalances in Europe. The project examined diverse trajectories and the variable performance of cities across Western and Eastern Europe, drew out the implications for urban and regional development policy, and engaged with public policy stakeholders.

Jointly with Dr Kean Birch and Dr Katherine Trebeck at the University of Glasgow, Vlad ran a special seminar series financed by the UK Economic and Social Research Council (ESRC). The seminar series considered neo-liberalism - an ideology characterised by an antipathy towards state involvement in economic exchange and an emphasis on the benefits of market forces.

The seminar series resulted in the publication of an edited volume on The Rise and Fall of Neoliberalism (Birch and Mykhnenko, 2010).

This collaborative research project was based on comparative case studies from seven cities and conurbations throughout Europe with a focus on disadvantaged urban regions in eastern, southern, and western Europe, suffering from economic decline, population loss, and a lack of social cohesion. The work provided a basis for a new conceptual model of urban shrinkage.

The main objective of the Action was to foster the interdisciplinary knowledge of regeneration strategies in shrinking cities across Europe. By promoting the exchange of scientific knowledge in Europe and stimulating new ideas in selected reference cities, the network acted as a catalyst for innovative solutions to deal with demographic change and urban decline.

An Arts and Humanities Research Council-funded project under the auspices of the GCRF/PaCCS Interdisciplinary Innovation Awards on Conflict and International Development. For some of the project's findings about the war in eastern Ukraine, see UAinFocus. Additionally, watch the following video output:

Overall, serving as Principal Investigator or Co-Investigator, he has contributed to obtaining £3,653,287 in external research funding, as actual cash contributions, adjusted for inflation [£3,814,090 in Full Economic Costing terms in 2019 prices].

Vlad's teaching philosophy is focussed on research-led active learning, encouraging debate and interaction on the issues the course present. Dr Mykhnenko’s application of technology-enhanced learning (TEL) tools and techniques, and the results of his TEL interventions in a lecture theatre were published in 2016 in The Journal of Geography in Higher Education (see here).

In 2015, Dr Mykhnenko was elected by the United Nations Conference on Housing and Sustainable Urban Development (UN-Habitat) to join a group of chief policy experts, globally tasked with drafting the New Urban Agenda. His Policy Unit 9 paper on Urban Services and Technology as later approved by the Preparatory Committee for the United Nations Habitat III conference, forming an integral part of The New Urban Agenda – the final policy document adopted by the UN HABITAT III in Quito, Ecuador, in October 2016, and finally endorsed by the UN at the 68th Plenary Meeting of the 71st Session of the General Assembly held in New York on 23 December 2016. Dr Mykhnenko’s policy engagement with the New Urban Agenda was aimed at guiding the efforts around urbanisation of a wide range of actors — nation states, city and regional leaders, international development funders, United Nations programmes, and civil society — for the next 20 years, extending its impact far into the future. For the final version in 7 official UN languages, see here العربية | 中文 | English | Français | Pусский | Español | Português. 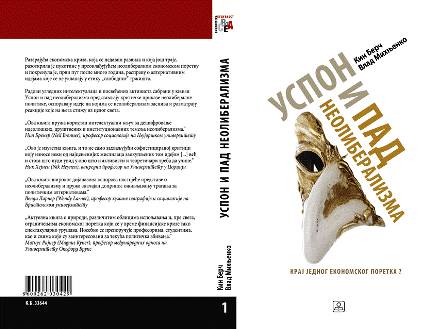 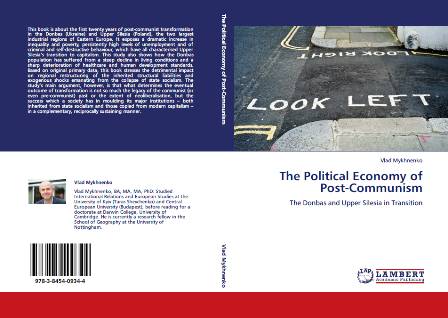 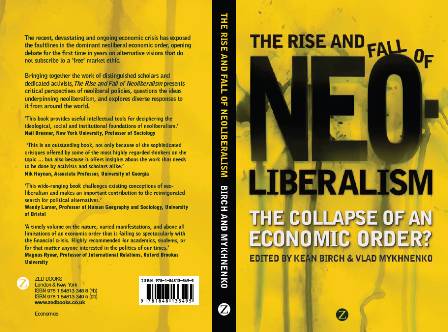